On OS X 10.7, 10.8 (Mnt Lion), and 10.9 (Mavericks) however, Java is not installed anymore, at least not initially. The easiest way to get Java onto your Mac is probably to open the Terminal app and enter java. You will be asked if you want to install it and OS X takes care of the rest – you would end up with Java 6.

On 10.9 (Mavericks), Apple changed this once again, now sending you to Oracle’s Java SE web page, where you can download the JDK, (currently 7 jdk-7u45-macosx-x64.dmg). While at Oracle, I usually also download the Java SE Development Kit 7 Documentation, allowing me to stay away from their site for many months.

The JDK installer package come in an dmg and installs easily on the Mac; and after opening the Terminal app again,

Whatever you do, when opening Terminal and running java -version, you should see something like this, with a version of at least 1.6.x

sudo is a program for Unix-like operating systems, allowing you to run programs with the security privileges of another user (normally the superuser, or root). Since we are creating directories, outside of your home folder, administrator right are required. I.e., when executing  sudo you will be asked to enter your password; and your Mac User account needs to be an ‘Admin’ account.

you may also want to check out Activata’s Tomcat Controller, a tiny freeware app, providing a UI to quickly start/stop Tomcat. It may not say so, but Tomcat Controller works on OS X 10.8 and 10.9 just fine.

Finally, after your started Tomcat, open your Mac’s Web browser and take a look at the default page:http://localhost:8080 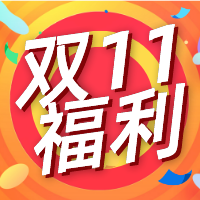 2582
Installing Tomcat 7 on MacOSX July 30, 2012Coding, Technology I’ve made the switch over to Apple on my development machines and as I’m starting my new company soon I’ve got myself a new MacBoo
MAC下Tomcat7.0配置
zhukui66的专栏
04-09