For reasons I cannot disclose, I need to install a Linux server within a VirtualBox host running in Windows Server 2003. Unfortunately, VirtualBox fails to start, giving me an error that seems to indicate it could not build a chain of trust to the executable's certificate.

I did do some research on my own, which pointed to a failed update. I attempted to run Windows Update to fix it, but it failed with multiple errors. I tried removing SoftwareDistribution and restarting the Windows Update server to fix this, but the errors persisted.

Another inquiry led me to this, which directed me to install the executable's certificate. I followed the article's instructions, and installed Symantec's certificate (under countersignatures) for good measure. After a reboot, my problem was still not resolved.

Finally, I tried clearing the CRL cache by running certutil -urlcache crl delete in cmd and rebooting. Unfortunately, that did not work either.

The WinVerifyTrust problem seems to occur due to lack of an appropriate CA root certificate installed within the Windows Trusted Root Certification Authorities store.

To solve the issue, you can try installing whichever of the VeriSign Public Primary Certification Authority root certificate(s) apply to you. For example, in my case, I required the VeriSign Class 3 Public Primary Certification Authority - G5 (Root 3) CA certificate. You'll download it as a .pem but to install it, you can change the certificate file's extension to .crt then double-click it and click 'Install Certificate'. It should automatically be installed to the appropriate certificate store.

After installation, VirtualBox 5.0.2 starts up without the WinVerifyTrust error.

// THIS CODE AND INFORMATION IS PROVIDED "AS IS" WITHOUT WARRANTY OF // ANY KIND, EITHER EXPRESSED O... 博文 来自： 董盼山的专栏 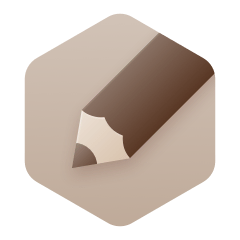