Coding standards are a set of guidelines to produce maintainable and scalable code. And how good are you at following them could decide the longevity of your career in Software Development. Since I code in Python, so I’ll be talking about the Python naming conventions in this post.

I’ve derived this information from Python’s PEP8 documentation and tried to put it in simple word. So I could make it easier for the readers to digest.

Also, do remember that naming convention is just one of the facets out of many Python coding standards. You can read about the other factors from the PEP8 documentation.

With this information, you can ensure code quality, readability, and re-usability. However, you can refer this Python code optimization guide to improve the performance and robustness of your Python applications.

I. What to keep and what to avoid?

II. How to name a Package in python?

III. What should be my Module name?

IV. How to choose a Classe name in Python?

V. Should I name Globals differently?

VI. What is a good Instance variable name?

VII. Don’t mess with a Method name in Python.

VIII. Never ignore the Arguments of a method.

IX. A function name should convey what it does.

X. Ignorance is bliss but not in case of Constants in Python. 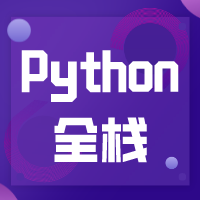