In order to give applications access to multiple-monitor information, Microsoft has added several new Win32 API functions and updated several existing functions. In addition to new functions, there is also a new type of handle, the HMONITOR, which represents a physical display device. In order to get and set the settings of a particular monitor, you first need to obtain an HMONITOR, which will always point to the same monitor.

The first of the new functions we will discuss is MonitorFromPoint, which has the following definition:

Once you have obtained an HMONITOR, you can use the function GetMonitorInfo to retrieve a MONITORINFO structure filled with data relevant to the specified monitor, as follows:

Before you pass GetMonitorInfo a pointer to a MONITORINFO or MONITORINFOEX structure, you must set the cbSize member to the size of the structure so that Windows can determine which structure is being used. The following code sample shows how:

Some changes were made to GetSystemMetrics to allow the use of multiple monitors. Passing SM_CXSCREEN and SM_CYSCREEN as parameters returns the x and y extents, respectively, of only the primary monitor. If you wish to get the x and y extents of the virtual desktop, use the new constants SM_CXVIRTUALSCREEN and SM_CYVIRTUALSCREEN; GetSystemMetrics will return the left and top coordinates of the virtual desktop, respectively. You can no longer assume the top-left corner of the desktop is (0,0), and the extents will do you no good if you don't know the origins. Passing the new constant SM_SAMEDISPLAYFORMAT to GetSystemMetrics will return TRUE if all of the monitors on the system have exactly the same color settings, FALSE otherwise. Use the constant SM_CMONITORS when you want to know how many monitors make up the virtual desktop. Note that this value includes only installed monitors that have been added to the desktop by the user.

EnumDisplayMonitors is a new function that allows an application to optimize its drawing code when a window is being partially displayed on multiple monitors that have different color-bit depths.

If the hdc passed to EnumDisplayMonitors was NULL, then hdcMonitor is NULL. Otherwise, hdcMonitor contains a valid device context whose color attributes match the display monitor defined by hmonitor. If hdcMonitor is NULL, then lprcMonitor is in virtual-desktop coordinates. It is important to note that no application needs to use EnumDisplayMonitors to handle monitors of differing bit depths, since Windows automatically dithers high-color images on lower-color devices. You should use this function only if you want to do custom dithering to ensure the best possible display. In order to help you understand exactly how EnumDisplayMonitors is used, I will present a couple of code snippets illustrating common usage scenarios.

One use for EnumDisplayMonitors is to make sure that images are drawn optimally on lower-color devices. The best way to do this is to change how your window's WndProc handles the WM_PAINT message.

Inside your callback, you query the passed device context to determine its capabilities and display area and do your drawing accordingly.

You can also use EnumDisplayMonitors to query every monitor on the desktop. If the device context and RECT passed into EnumDisplayMonitors are both NULL, no clipping is performed and your callback function is called once for each monitor in the virtual desktop. The code in Figure 3 caches the work area of every monitor for later use. (Note that if your application actually did this, you would need to update the cached information when the WM_DISPLAYCHANGE message was received, since the values might change.)

Another way to query display devices is the EnumDisplayDevices function, which can query all devices available on the system, whether or not they're part of the virtual desktop.

Unused is reserved for future use and must be set to NULL. There are no valid values for dwFlags, so set it to 0. iDevNum is the index of the device you wish to query and is zero-based. If there is not a device available in the iDevNum position, EnumDisplayDevices returns FALSE. If there is a device in the position indicated by iDevNum, EnumDisplayDevices returns TRUE and fills in lpDisplayDevice. So to examine all devices on the system, you'd call EnumDisplayDevices for each possible index, starting with 0, until it returned FALSE. The lpDisplayDDevice parameter is a pointer to a DISPLAY_DEVICE structure, which is defined as follows:

The cb member contains the size of the structure in bytes. DeviceName is the same unique name returned by GetMonitorInfo in the szDevice member of the MONITORINFOEX structure. DeviceString is a user-friendly description of the enumerated device. Unfortunately, I was not able to find documentation on the possible values of StateFlag, but they seem self-explanatory. Here are their definitions as listed in the Win32 SDK:

Since EnumDisplayDevices allows you to query devices that aren't part of the desktop, your application can use monitors in an exclusive manner, without having to share the screen with the desktop. To do this, find a device that doesn't have the DISPLAY_DEVICE_ATTACHED_TO_DESKTOP bit set and call the Win32 API function CreateDC, passing the name returned in the DeviceName member of lpDisplayDevice. If you create a device context in this manner, you should delete it when you're done with it by calling DeleteDC.

Published as Power Programming in the 4/7/98 issue of PC Magazine. 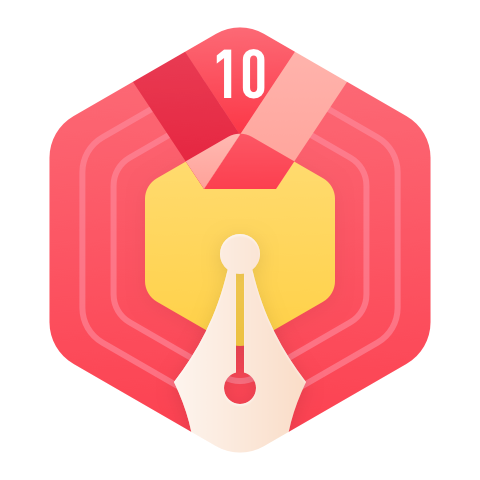