Write Your Own Operating System Tutorial(7)

Now that we have a boot loader that will load our operating system, and thus can make our operating system larger than one sector, we can now begin to add some complexity to our system.  One of the first things to do is to loosen our tie to BIOS.  So far we have been using BIOS functions for all of our input and output.  BIOS hides all of the input and output from us with its interface, so we don’t know exactly how it goes about performing its functions.  BIOS can often be slower than handling I/O by ourselves, and in doing it ourselves, we can know exactly what is going on, thus giving us more power, control, and flexibility with the design of our operating system.  Of course, my main reason for learning to perform the I/O myself it simply to see how it is done.  If anyone has any arguments for or against the use of BIOS for I/O, let me know.  Perhaps we could discuss it further.

The area we will begin with is that of text output to the screen.  So far we have been using BIOS interrupt 0x10, function 0x0E.  We will begin performing text output ourselves.  Before we can even start to do this, we need to know a few things.  First of all, video memory is mapped to main memory addresses starting at address 0xB0000 (flat address from base of the physical address space).  The region of memory holding the text content of the screen starts at 0xB0000 for monochrome displays and 0xB8000 for color displays.  Try the latter address first, and if you can’t get it working, perhaps try the former.  I will proceed assuming the use of a color display.

So, all that is necessary to output text to the screen is to write ASCII codes into this region of memory.  (This is referred to as memory-mapped I/O.)  However, you will now need to keep track of the location of the cursor.

The 6845 video controller is connected to I/O port 0x3B4-0x3B5 for a mono display and 0x3D4-0x3D5 for a color display.  As far as I can tell, the 6845 has various registers, and (assuming a color display) port 0x3D4 is used to indicate which port we would like to write to, and then we write the data to port 0x3D5.  Registers 14-15 tell the 6845 where to draw the blinky cursor.  The following is psuedo-code for moving the cursor.

Using this region of video memory to output characters and the I/O ports to tell the video controller where to draw the cursor, it is now your job to write a text driver for your operating system.  Create a set of functions that you can call to output characters, strings, numbers, pointers, etc to the screen without using BIOS (this means no software interrupts).  Make sure that your text driver handles scrolling the text on the screen upward before going off the bottom.  Write a function to clear the screen.

Try allowing the user to type characters with the keyboard (you can still use BIOS for keyboard input for now), and echo each character to the screen as it is typed.  If you have any troubles writing your text driver, let me know and perhaps I can give you some hints.

As far as the color/style byte is concerned, you can simply use 07 (white on black) for most purposes, but for those of you who are curious, I will explain the different color/style settings.  The color/style of a character is one byte.  Those 8 bits are used as follows.

These four bits can be used in any and all 16 combinations.  If bit 3 is 1, it indicates full intensity, 0 indicates half intensity.  For example, 3 would be cyan (blue + green) while 11 would be bright cyan (intensity+blue+green).

Bit 6: Black on colored background, color given by bits 3-0

2453
Lesson 1: The Boot SectorIn this lesson we’ll learn about the contents of the boot sector so that we can learn to write our own boot program.When the computer boots from a floppy, BIOS (Basic Inpu
Write Your Own Operating System Tutorial（中文版） (转)
ciya3282的博客
11-10

1829
Lesson 2: Making Our First Bootable DiskIn this lesson, we will learn how to create a boot program on a floppy disk.  We will start by modifying the Microsoft DOS Boot Record.For our purposes, we
Write Your Own Operating System Tutorial(1) (转)
csd3176的博客
12-15

21
Write Your Own Operating System Tutorial(1) (转)[@more@]Lesson 1: The Boot Sector In this lesson we’ll learn about...
Android Choreographer
Battling against our own ignorance
11-01

2911
引言之前其实并未关注过Choreographer，在一次调试App demo的过程中，偶然发现出现了一条这样的日志： I/Choreographer: Skipped 1201 frames! The application may be doing too much work on its main thread. 这是一条系统日志，意思很明确：主线程的工作可能过多，导致了掉帧。突然发现Ch
Write Your Own Operating System Tutorial(6)
Liang Tang's 专栏
01-21

2400
Lesson 6: Boot LoaderEverything we’ve done so far has been placed entirely inside the boot sector.  We can’t make our operating system very big at all if it is to fit in one sector.  We need a way o
从头写一个操作系统 14 （在屏幕上打印点什么）
geyu
05-02

39
Write Your Own Operating System Tutorial(3) (转)[@more@]Lesson 3: NASM In this lesson we will learn to use an asse... 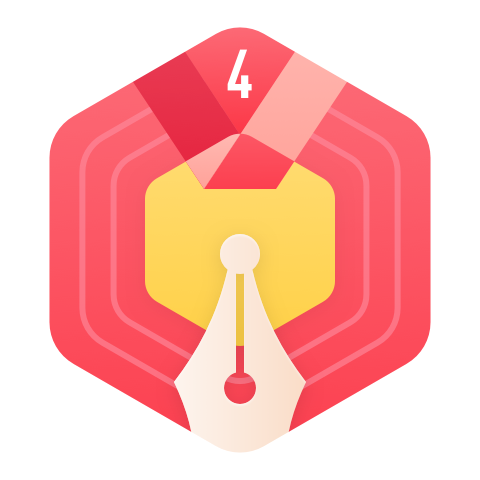