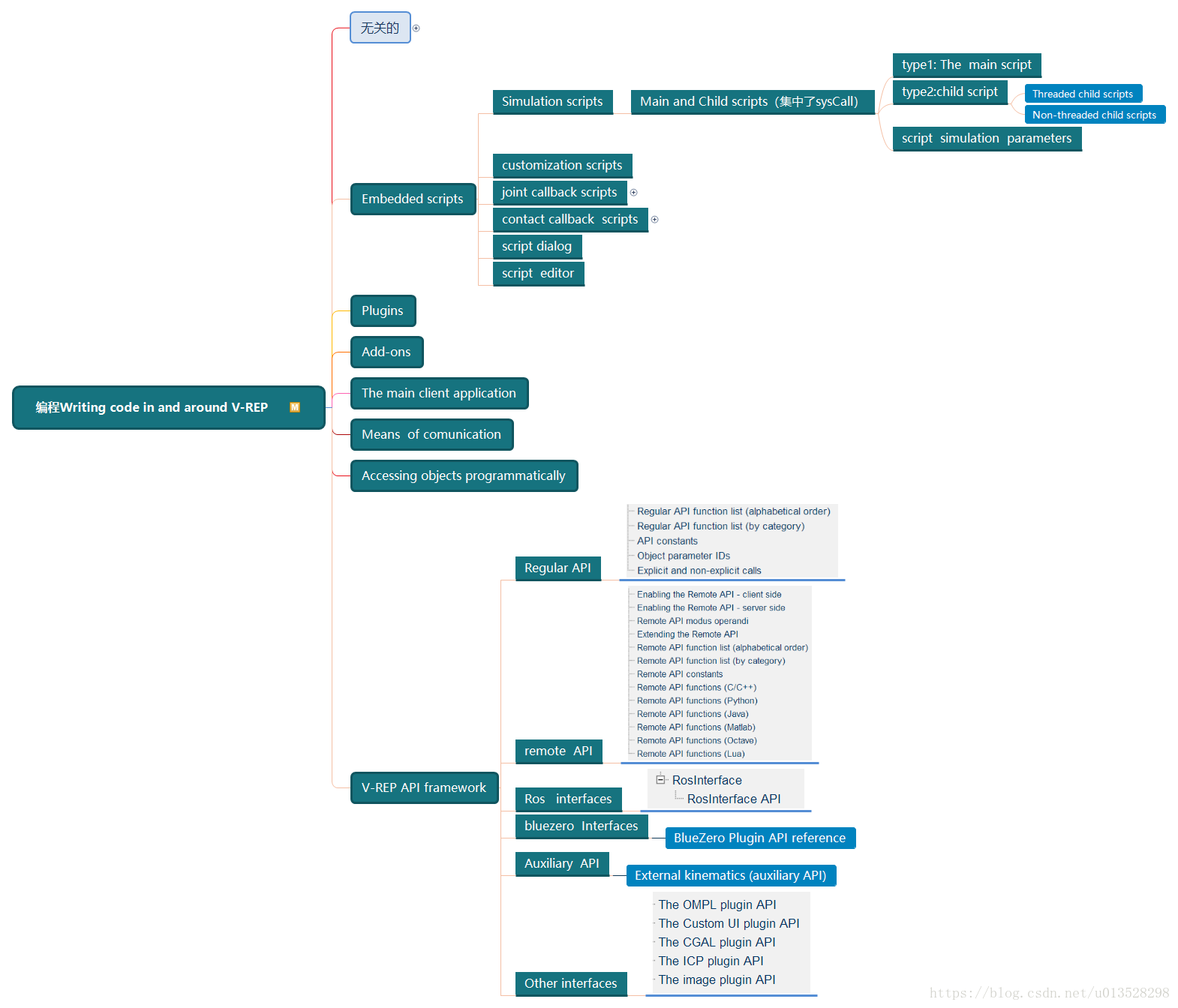 While the regular API can be accessed from within the simulator (e.g. from an embedded script, an addon, a plugin or the main client application), the remote API, the ROS interfaces and the BlueZero interface can be accessed from almost any possible external application or hardware (including real robots, remotecomputers, etc.). The auxiliary API is not an interface per se, but more a collection of helper functions that can be embedded, and that operate on their own. The other interfaces item groups all possibilities for the user to extend the available interfaces. Above figure illustrates an overview of the various interfaces. 3.an add-on：
An add-on in V-REP is quite similar to a plugin: it is automatically loaded at program start-up, and allows V-REP’s functionality to be extended by user-written functionality or functions. Add-on scripts are written in Lua. Two types of add-ons are supported:

怎么使用c++或者python来写脚本
我们不能用python 或者c++来写脚本。但是我们可以使用 regular API来写插件。
Or you can write an external Python program, and use the remote API to interface with V-REP.
If you want to write a script, use Lua. It has a very simple syntax, easy to understand, and you can get the most of the job done by studying the code in the examples.

Unassociated code is code that is not attached to any scene object. This includes all the code written for plugins, add-ons,
remote API clients, external ROS nodes, external BlueZero nodes, and the main script.